In the car on the way to school:

Blondie: “I’d like to fly planes when I grow up but only small ones because to be a pilot for the airlines you need to have been an air force pilot. Mitchell said so and he knows all about planes.”

Brownie: “I wouldn’t want to be a pilot of a big plane because if I crashed it I would kill about 100 people who were on the plane and that wouldn’t be good.”

No, darling, it wouldn’t.

The boys were arguing at the dinner table over the two sauces – tomato and barbecue:

One little sentence that says so much.

Brownie was doing his school reading – a book called Jimmy the Gymnast. He was a bit grumpy and tired.

“Jimmy the gymnast looked down at all the children. That’s a stupid way to start a book.

Jimmy held on by one finger and waved to them. No, he’s not. He’s holding on with his other fingers too.

He was right at the top of the highest wall. Anyone else would have been scared but not Jimmy the gymnast. That’s not scary.

There was no one who could do gymnastics like Jimmy. He’s not doing gymnastics. He’s climbing a wall.

He could do cartwheels and somersaults and never stop in between. No-one can do that.

He could jump, and swing, and leap, and roll. Everyone can do that…” 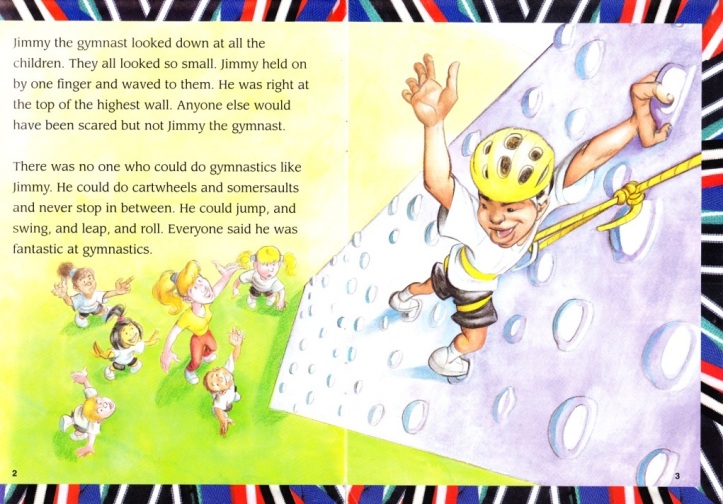 Both boys were watching Iron Man 2 (with parental supervision, to oversee all things Robert Downey Jnr related). Tony Stark and Pepper Potts were having one of their subtext-laden conversations.

Brownie, to Blondie: “Are they married to each other?”
Blondie: “No, they can’t stand each other.”

Morning scene: me making lunches on one side of the ktichen bench, boys on the other side eating breakfast.

Brownie: “Are you staying home today?”
JB: “I’m doing work from home, but I’ve also got an appointment – I’m going to have my breasts squashed flat!”
Brownie and Blondie look up from their bowls in shock and amusement.
JB: “I go to like an x-ray place and they squash them between two square plate things and take pictures to check they’re healthy and there’s no cancer there.”
Brownie: “How long does it take?”
JB: “The squashing? Only about 5 seconds.”
Brownie: “Does it hurt?”
JB: “Yes! It’s pretty uncomfortable*. Imagine someone squeezing your testicles for five seconds!”

A slight pause as we all continue our activities. Then:

Brownie: “One, two, three, four …”
JB, looking up from butter spreading: “Are you … you’re not … you wally!”
Brownie takes his hands out of his pants: “That really hurt.”

[* BreastScreen have a new machine! It’s hardly uncomfortable at all! Yay!]

Brownie has become very interested in family connections and geneology of late. And is also learning lots of new stuff at school.

“Mum, was the first person in our family an ape?”

Brownie, upon discovering little broccoli pieces in the ham and egg pie. Dammit.

Upon watching the end of Pirates of the Caribbean: Upon Stranger Tides*:

Brownie: “You know, I wouldn’t want to drink from the Fountain of Youth.”
JB: “Why?”
Brownie: “Because soonly you’d be the only person left on Earth, and that would be freaky.”

* with parental guidance, of course. Johnny Depp is involved, after all.

Mr JB and I have been talking about Cubs in preparation for Brownie’s first visit, cos he’s a tough one to win over. One of his friends recently went to a ‘Cubaree’ with lots of fun activities, and his dad had described how his normally reticent son had run off without looking back and had a great time. I’d told this story to Brownie.

Brownie: “Mum, you know how Callan went to the Cub thing at the oval?”
JB: “Yes?”
Brownie: “And his dad said his eyes were wide open because of all the fun things there?”
JB: “Yes?”
Pause
Brownie, quietly, as in a confession: “That sounds quite exciting.”

(And so it was that Cubs came to pass…)

My cousin from England has been visiting, and she and Brownie were getting to know each other. She was telling him about all the exciting things we’ll do together when we go and visit her in the UK next year:

Sharon: “It’ll be great! We’ll have so much fun, going to Legoland, and castles, and double-decker buses – all sorts of stuff to keep us busy!”
Brownie: “We’ve got five light sabers.”

In the car on the way to school:

Brownie is in the back seat of the car, all warm and comfy on a crisp, winter afternoon drive. Chris Isaak’s Wicked Game starts on the radio.

And all I can think about is Wicked Game and Lula and Sailor, and those lights on the road, and that car crash, and Sherilyn Fenn staggering about in Wild at Heart.

So glad Brownie’s put an innocence back into that song – either that or he’s channelling David Lynch.

Brownie (two weeks earlier from above), listening to a bit of Chris Isaak country swing with slide guitar: “Is this the Chicken Dance?”

Brownie and Blondie had found a not-quite-empty tin of paint outside, and realised when they touched it they were in big trouble. After rummaging around for some turpentine and explaining the dangers of poison etc, I began the job of cleaning heavy duty oil-based paint out of little knuckles and skin folds.

Brownie: “What are you using to wipe the paint off?”
JB: “It’s one of my old singlets.”
Brownie: “But why are you using your clothes?”
JB: “It’s a bit torn, so now it can be used as a rag to do this kinda stuff.”
Brownie, amazed: “Who knew a singlet could be such a hero!”

Brownie: “Mum, you know when you watch a scary movie, and there’s someone at the door, and they say, ‘Come iiiinnnn’?”
JB: “Yes?”
Brownie: “Well, they’re always the bad guy.”

“Mummy, when we were in your tummy, did we have a good time?”

Brownie, after discussing with me whether he will pursue a recreational activity this coming school term: “I wish I could just get a trophy without having to do the sport.”

Brownie: “Mum, did you make any babies before you met daddy?”
JB [deep breath]: “No, because I needed daddy to make you. A woman can’t make a baby by herself.”
Brownie: “How?”
JB [deeper breath]: “Well, daddy has these things that have to mix with my eggs. And as soon as they mix they start to make a new little baby.”
Brownie: “Have I got them too?”
JB: “Yes, you’re born with them. They’re in your testicles. And all girls are born with their eggs too.”
Brownie, pointing to my crotch: “Do your eggs live down there too”
JB, pointing to her abdomen [slightly relieved]: “No, they live here in little containers.”
Brownie, getting a bit frustrated: “But how do daddy’s things and your eggs mix?”
JB: “That’s a bit tricky. Gee, is that the time??”

At the shopping centre: 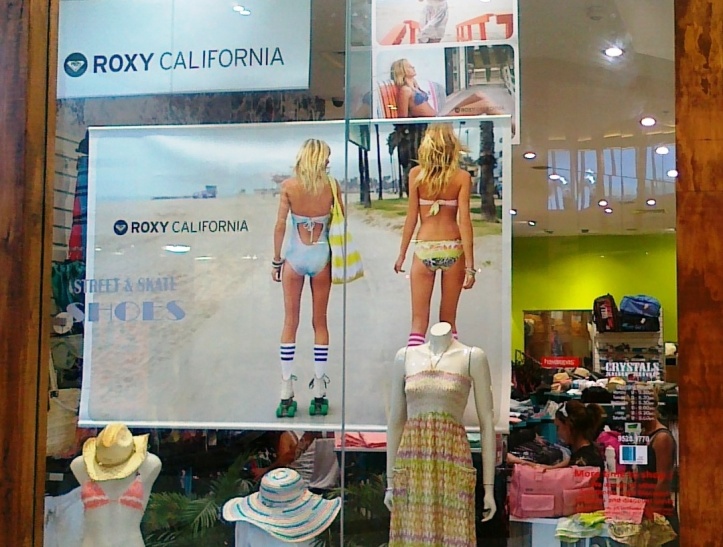 JB: “That’s not gross! They’re just rollerskating in their bathers, that’s all!”
Brownie: “But you can see their bottoms!”
JB: “But that’s not gross – trust me.”
Brownie: “Well, I think it is.”

Brownie, wide-eyed upon having watched me grab a tambourine to play along with the wedding trio during their very gypsy-style tango, “I didn’t know you could play the tambourine so GOOD!”

Blondie: “Mum, he said ‘suck my balls!'”
Brownie: “He said it first!”
JB, to Blondie: “Did you say it first?”
Blondie, with guilty smile: “Yes, but I meant the bouncing balls like outside.”
Brownie: “No you didn’t. You meant the willy balls down here.”

Brownie, looking out the car window while we were on the freeway: “I’ve found Jesus!  Jesus without any body or legs.”
Blondie: “I see him. I also see a puppy running to his mum.”
Brownie: “The cloud’s shifted – now he looks like a dragon.”

Brownie, preoccupied with a balloon as I walked around the corner into the passageway: “Oh! You scared me! I thought you were a monster!”
JB: “Sorry darling, I didn’t mean to.”
Brownie: “My heart’s beating really fast!”
JB: “I’m not really a monster though.”
Brownie: “I know, you’re my beautiful mum.”

Brownie:  “Do you know what it costs to get a hug and a kiss from me?  I’m a hugging and kissing machine!”
JB: “No, how much?”
Brownie with rapid-fire delivery: “One thousand two hundred and forty three dollars.”
JB: “Wow!”

Brownie, playing with numbers: “Has anyone counted to a hundred thousand before?”
JB: “Probably, but it would take a long time, all day.  And you’d have to count really fast.”
Brownie: “Faster than a flea can walk?”

[In our house we have a well-entrenched ‘one book, one toy’ self-entertaining tradition for the boys when going on any drive longer than to the local shopping centre or school – so that’s most drives.]

Brownie, from the back seat of the car, to no-one in particular: “Do you know what I do when I forget to bring something to play with in the car? I put my finger up my nose, pick my nose, and when I get a boogie, I play with that!”

Brownie, gazing out the window while I was helping him get dressed for school: “It’s a nice day to love your family.”

Brownie,  sitting at the kitchen bench: “Sshh, can you hear that?”
JB, hearing a regular though faint scraping sound coming from the direction of the microwave: “Yep, it’s probably just a bit of the microwave plate touching something, or a frozen sausage scraping the side.”
Brownie: “No, it’s the Time Lord’s heartbeat.”

Brownie snuck into my bed one morning, so I tucked him up asked if he was warm enough.

Brownie, in a dozy voice: “Warm as a love heart.”

Brownie, on visiting the toy aisle in K-Mart:  “Mum, how come the bigger the toys are, the spencier they are?”

Brownie, when I turned to face him in the back seat while reversing the car: “That’s a nice face.”
JB, distracted: “What face?”
Brownie: “That nice face you have right now.”

JB, on being confronted by a grumpy Brownie in his bed one morning: “Can’t I just say hello?”
Brownie:  “Yes – and you just did, so go.”